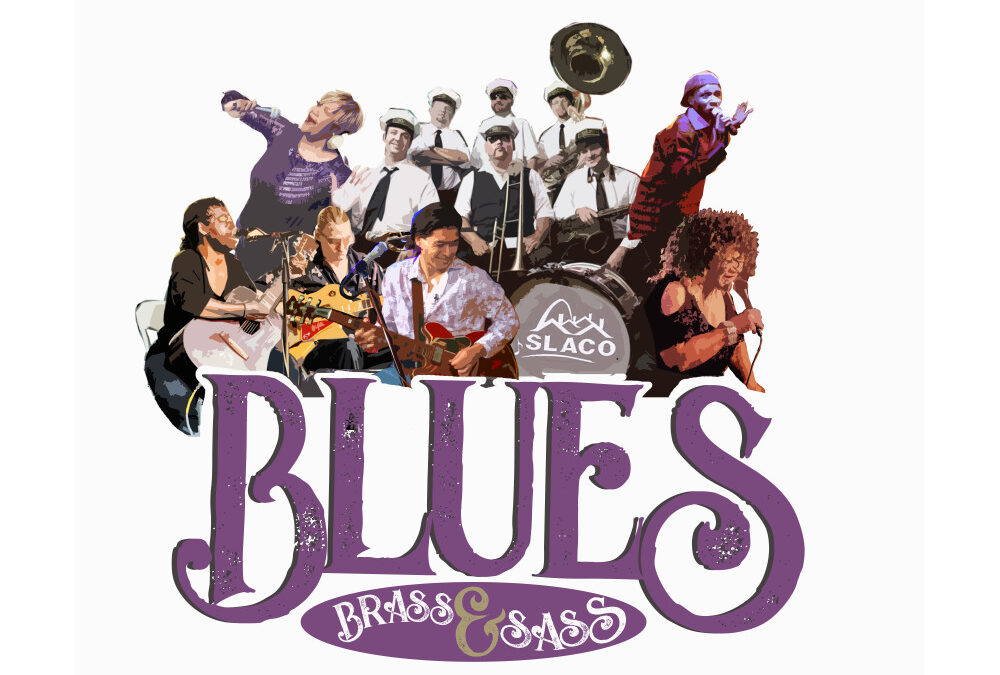 SLACO, the Saint Louis Association of Community Organizations, will hold “Brass and Sass” a blues extravaganza and fundraising event on November 5, 2021.

Alonzo Townsend will be the host and master of ceremonies for this five hour extravaganza that begins with a V.I.P. pre-event party at The Lounge @ .zack featuring the Joe Metzka Band. The evening will continue in the .zack theater beginning with the Fab Foehners at 7 p.m, Marsha Evans and the Coalition at 7:45, Funky Butt Brass Band at 8:30, Denise Thimes at 9:15, and “The Powerhouse” Dylan Triplett with special guest Miss Hy-C rounding out the evening at 10 pm. Joe Metzka Band will once again take the stage at 11:00 pm for the V.I.P. Post Ebvent Party in the Lounge @ .Zack. V.I.P. tickets are $75.00, and General admission is $60.00. Ticket information is available by clicking to www.metrotix.com

Joe Metzka is not your average blues man. He moved to the sacred ground of St. Louis and assembled a world class band that delivers a full package of blues, soul, funk and jazz seamlessly. The charismatic vocals, confident solos and killer grooves of this group will take you to the next level of appreciation for a live music experience you deserve.

Influenced and tutored by his father, Dylan Triplett began branching out towards other young artists like Blues Phenom, Marquise Knox. Not long after, Dylan began performing regular guest spots with Marquise and continued to sharpen his craft. Dylan also found motivation and influence from other notable St. Louis shakers such as Emcee/Blues Torchcarrier Alonzo Townsend, Charles “Skeet” Rodgers, and the legends of the past such as Oliver Sain, Ray Charles, James Brown and many others as you will feel as soon as he picks up the mic. Those influences have led him to already grace stages such as Blues at the Arch, the Baby Blues Showcase, the National Blues Museum, and the Big Muddy Blues Festival. If you have any doubt about the future, Dylan Triplett is the answer….and he’s still only 19. Buckle up!

Over the course of a multi-faceted career spanning just a little under 3 decades, Denise Thimes is no stranger to the music world. Growing up in a home surrounded by all types of music from her father & radio icon, the late Lou “Fatha” Thimes, Denise has performed with such jazz notables as Wynton Marsalis and the Jazz at Lincoln Center Orchestra, (St. Louis, MO) the late Clark Terry (The Blue Note-NY), Dr. Billy Taylor, Earl May, Benny Powell, (Flushing Town Hall) and James Moody(Blue Note-NY). She has also graced the stage with the likes of Houston Person, Jimmy & Tootie Heath, Bobby McFerrin, and Bucky Pizzarelli.

“The (Funky Butt Brass Band) sextet is our hardest working jazz-funk fusion band, and its omnipresence at street parties, festivals, Soulard bars and classy nightclubs remains, after all these years, well worth celebrating. The sound of St. Louis just wouldn’t be the same without them.”

With a repertoire that encompasses blues, R&B, jazz, pop classics and the great American songbook, vocalist Marsha Evans has earned her place among the most in-demand entertainers in the Midwest as well as her title, the River City Show Stopper. Marsha has headlined major events such as the Big Muddy Blues & Heritage Festival and BluesWeek, and shared the stage with nationally known artists such as Michael McDonald, Fontella Bass, the Temptations, Clark Terry and many others.

Sharon Foehner started her career in 1969, back when she was still Sharon Dorn. She studied classical bass violin from nine until she was seventeen. After moving to St.Louis, M.O. in 1987 Sharon began performing with James Crutchfield. Since then she has performed with note worthy artists such as Johnnie Johnson, Oliver Sain, Renee Smith, Jimmy Rodgers, Henry Townsend, and many others. In 1995 Sharon opened up the Women in Blues Festival at the Sheldon performing an acoustic duet with the legendary Etta Baker. Doug Foehner is the son of traditional ragtime piano player Gale Foehner.He began his career in music with renowned Jimi Hendrix scholar Mike Fairchild in the early 1980’s. In 1995 he shared a research credit on the M.C.A. Jimi Hendrix blues c.d. release. Over the years, Doug has performed in a variety of local live acts, and has specialized in learning traditional fingerpicking and slide quitar techniques.

About SLACO: The St. Louis Association of Community Organizations, a.k.a. SLACO is the umbrella organization for the St. Louis Region’s Neighborhood Associations.  We offer support to our member organizations, as well as a variety of community-based programs. SLACO is guided by principles of self-determination, democracy, and an undying faith in the goodness and wisdom of the people in the neighborhoods.  The SLACO board consists of representatives from eight clusters and four at-large members. SLACO’s professional staff works on issues and projects determined by the Board and neighborhood leaders.